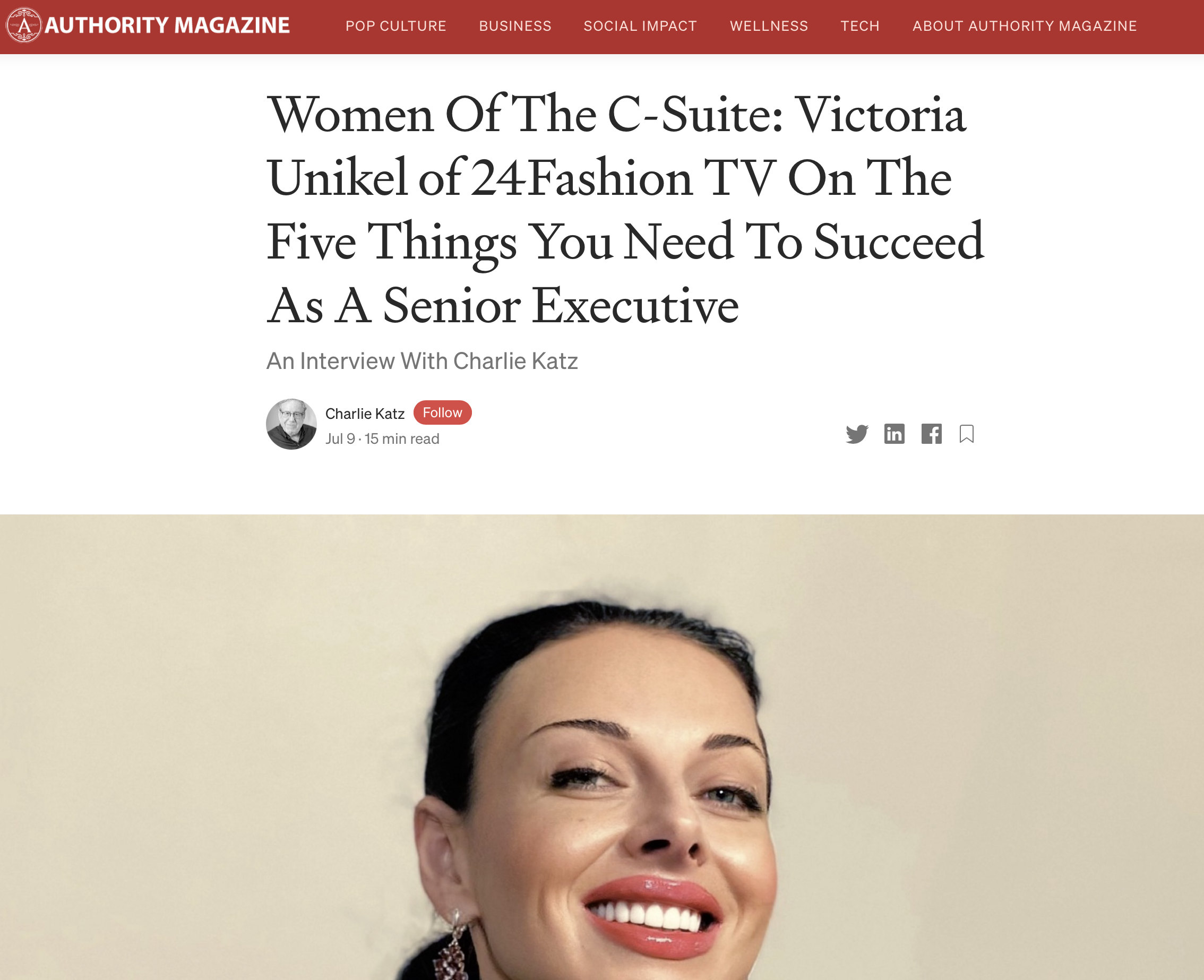 Accept responsibility, especially during the difficult times. It is said that tough times reveal true character, that everyone is a ‘gentleman’ when things are good, but not when bad. Set an example by taking responsibility for your actions and never taking it out on anyone else. When you are the boss, the buck stops with you. Period. By not accepting responsibility you are undermining yourself in your own eyes and in the eyes of your team.

Asa part of our interview series called “Women Of The C-Suite” , we had the pleasure of interviewing Victoria Unikel.

Victoria Unikel is an award-winning international artist, CEO and co-founder of 24Fashion TV — a global fashion network and TV channel (broadcasting on Amazon Fire TV and Roku TV to up to 100M total households) with an international team having a total social media reach of over 5M. The soon to be released 24Fashion TV iOS application will reach a potential audience of 1.6B people worldwide. Her company brings the fashion world to industry professionals and members of the general public. Victoria is also the president and co-founder of VUGA Enterprises — a film production company developing several international film projects at this time. VUGA Enterprises also holds several patents pending on real estate and aviation products, services, and business restructuring processes.