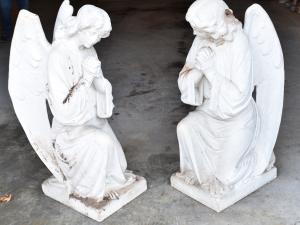 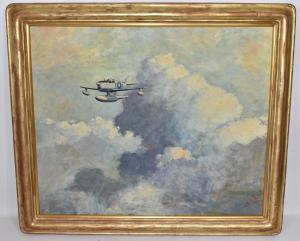 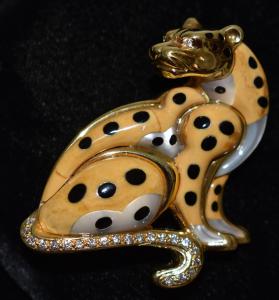 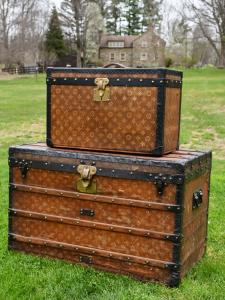 The auction featured not one but two Louis Vuitton trunks, enormously popular with collectors. The larger of the two sold for $6,562.

This auction was an interesting mix of firearms, militaria, Mid-Century Modern, country furnishings and, of course, watches, jewelry and artwork. It attracted a lot of attention from different venues.”

MIDDLETOWN, NY, UNITED STATES, June 7, 2022 /EINPresswire.com/ — A 1971 Chevrolet Impala convertible that had been sitting, undriven, in a heated garage for 30 years sped off for $31,250, and a 1972 Chevrolet Malibu roared away for $6,300 despite having some rust issues in a two-session estate auction conducted on May 21st by EstateOfMind, online and live in the auction gallery located at 195 Derby Road in Middletown.

The ’71 Impala was an estate vehicle, having been purchased by the original owner’s son for his mother in 1970. Since 1992 it has been stored in the family’s basement garage. The car, in fact, was always garaged, and showed just 33,224 miles on the odometer when it was put up for bid. The battery was new, the convertible top worked perfectly and the engine turned over freely.

The ’72 Malibu was a tale of two Chevys. While the car ran fine and boasted many new parts, including tires, brakes, Flowmaster exhaust and matching numbers on its 350 cubic inch engine, it had some shoddy bodywork done in the ‘90s that the new owner will likely need to address. That, combined with the rust, prevented the vehicle from bringing more. It showed 94,132 miles.

Session 1 of the auction, which started at 11 am Eastern time, was dedicated to militaria and firearms. Session 2, immediately following, consisted of items from Tuxedo Park and Hamptonburgh, N.Y.; Oceanside, L.I.; and Warwick, N.Y. More than 650 lots came up for bid in Session 2, encompassing multiple categories. In total, the auction grossed $286,575.

“This auction was an interesting mix of firearms, militaria, Mid-Century Modern, country furnishings and, of course, watches, jewelry and artwork,” said Darrell Dirr, the owner of EstateOfMind. “It was a perfect mix that attracted a lot of attention from different venues.”

Following are additional highlights from the sale, which enjoyed a 98.4 percent sell-through (only 18 lots passed out of the 673 total lots offered). Around 50 people attended in person, while another 2,000 registered to bid online, through LiveAuctioneers.com. There were also 5,200 absentee (or left) bids recorded. All prices are inclusive of a 25 percent buyer’s premium.

Estate jewelry was plentiful and featured a circa 1980 18 kt gold leopard brooch signed Asch Grossbardt, made from gold, stone, shell and diamond, weighing 34.8 grams, made $2,000; and a lot of vintage Rolex watches – including an Oyster Perpetual “Golden Egg” Superlative chronometer (1959) and a circa 1959-1960 Bulova gold-plated tank wristwatch sold for $1,750.

Unquestionably the surprise lot of the day was an AMPEX 351-2 reel-to-reel tape transport with amplifiers. Entering play with a $400-$600 estimate, it ended up finding a new home for $3,250.

EstateOfMind’s next auction will be a two-session affair slated for Saturday, October 8th, starting at 10 am Eastern time. Watch the website for more details as the auction date draws nearer.

EstateOfMind was officially born in 2009 after more than 20 years of providing estate services through a former company, American Antiques & Fine Art. Owner and president Darrell Dirr, a proprietor of fine art, antique and estate sale businesses, holds a Certificate of Recognition. Mr. Dirr was nominated by OCDSS for being a valuable community partner of PSA for 20 years.

EstateOfMind is always accepting quality consignments for future auctions. To inquire about consigning an item, an estate or a collection, you may call them at 845-386-4403; or, you can send an email to [email protected] To learn more about EstateOfMind and the firm’s calendar of upcoming auctions and other info, please visit www.EstateOfMind.biz.