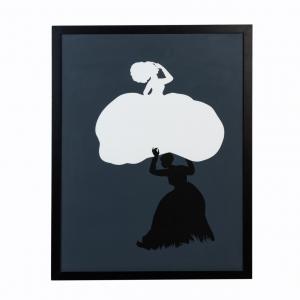 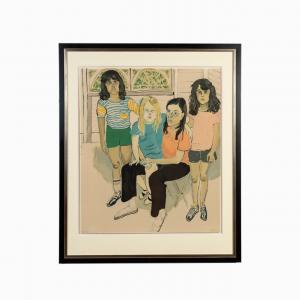 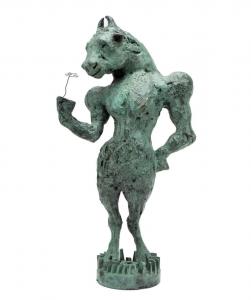 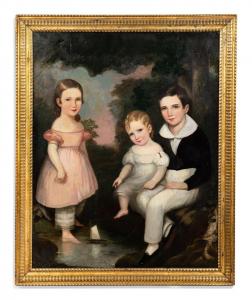 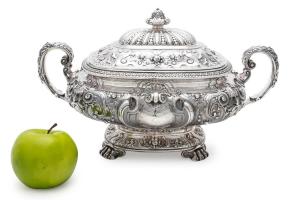 ATLANTA, GA, UNITED STATES, June 2, 2022 /EINPresswire.com/ — Ahlers & Ogletree’s three-session Fine Estates & Collections auction, June 9-11, will be a feast for the eyes and a veritable trip around the world for bidders looking to add quality items to their homes or collections. Start times all three days are 10 am Eastern time, including on Ahlers & Ogletree’s new online bidding platform, bid.AandOAuctions.com.

The three-day auction, with more than 1,200 lots total, will feature categories that include Folk and Outsider Art, Modernism, Asian, French, Italian, Continental, English, American, silver, jewelry and more. In addition to bid.AandOAuctions,com, online bidding will be available on LiveAuctioneers.com and Invaluable.com. Telephone and absentee bids will also be taken.

Session 1, on Thursday, June 9th, will feature the collection of Ruth West, plus additional modern art lots – including modernism, folk art and outsider art – plus important works by Kara Walker, Thornton Dial, Alice Neel, Howard Finster and other noted artists, with plenty of discovery opportunities for local and upcoming Georgia artists – 361 lots in all.

Another star lot in Session 1 promises to be a patinated bronze sculpture by British artist Sophie Ryder (b. 1963), titled Minotaur Sniffing a Daisy (1989). As the title implies, the sculpture depicts a minotaur sniffing a daisy, while standing on an industrial cog form base. It’s 22 ½ inches tall, signed to the base and marked “8/12” (est. $10,000-$15,000).

Session 2, on Friday, June 10th, will feature much in the way of English, American, silver and jewelry items. An expected top lot is the Gorham repousse two-handled silver tureen in the “Tudor” pattern, created for (and exhibited at) the 1900 Exposition Universelle in Paris. The tureen boasts a lid having an urn form finial, and a body and cover decorated with ornate bands. It has a total weight of 80.325 ozt. and should bring $8,000-$12,000.

Another Session 2 standout lot is the pair of Art Deco “Goddess of Speed” carved stone architectural panels, originally intended for Packard Motor Car Company (American, 1899-1958) dealerships, and applied to their facades. The 25 ½ inch by 52 ½ inch panels are expected to hit $6,000-$8,000. The “Goddess of Speed” automobile hood ornament was modeled after the Greek goddess Nike and was designed in 1938 by John D. Wilson.

Also offered in Session 2 will be an oil on canvas portrait painting by George Esten Cooke (Md., 1793-1849), titled Three Children, shown playing with a model sailboat against a sunset forest background. The work was included in an exhibition of Cooke’s works at the Georgia Museum of Art in Athens, Ga. (est. $5,000-$10,000). Also sold will be an early 20th century American carved wooden cigar store Indian, about 64 ½ inches tall with polychrome decoration, on a rectangular plinth with wheels (est. $4,000-$6,000).

Session 3, on Saturday, will showcase Asian, French, Italian and Continental items, a headliner being the antique hand-knotted Sultanabad carpet, executed around 1900 in wool on cotton with some natural dyes and having an allover design of large floral motifs on a rust field. The 14 foot 5 inch by 10 foot 3 inch rug is estimated at $10,000-$15,000.

Also expected to do well is the monumental pair of Chinese cloisonné horses, each with bright enamels depicting dragons amidst cloud forms on a turquoise ground, accented with elaborate tack, including saddles and saddle blankets and harnesses in gilt metal with painted and inset stone jewels, having no apparent disnature (est. $4,000-$6,000).

Other noteworthy Session 3 lots include a cast bronze patinated sculpture of six figures, after Auguste Rodin (French, 1840-1917), titled The Burghers of Calais, 24 inches tall and signed center in mould (est. $2,000-$4,000); and a large pair of Chinese hand-painted wallpaper panels, composed of multiple strips, depicting figures in a flowering landscape with birds, in giltwood frames, a framing label to the back of each (est. $2,000-$4,000).

Live, in-person previews will be held June 6-8, from 10-5 all three days, in the Ahlers & Ogletree showroom, located at 700 Miami Circle in Atlanta.

Ahlers & Ogletree is a multi-faceted, family-owned business that spans the antiques, estate sale, wholesale, liquidation, auction and related industries. Ahlers & Ogletree is always seeking quality consignments for future auctions. To consign an item, an estate or a collection, you may call them at 404-869-2478; or, you can send them an e-mail, at [email protected]

To learn more about Ahlers & Ogletree Auction Gallery and the three-session Fine Estates & Collections auction planned for June 9th thru 11th, or to join their email list for information on upcoming sales, please visit www.aandoauctions.com. Updates are posted often. You can also follow Ahlers & Ogletree through social media on Twitter, Instagram, Pinterest and Facebook.