December 27, 2022 by Nuwoman editor
Travel App Compiles Users' Data to Determine the Most Visited Canal Cruises in the World. With New York making it to top 3, after Amsterdam and Seine, Paris. 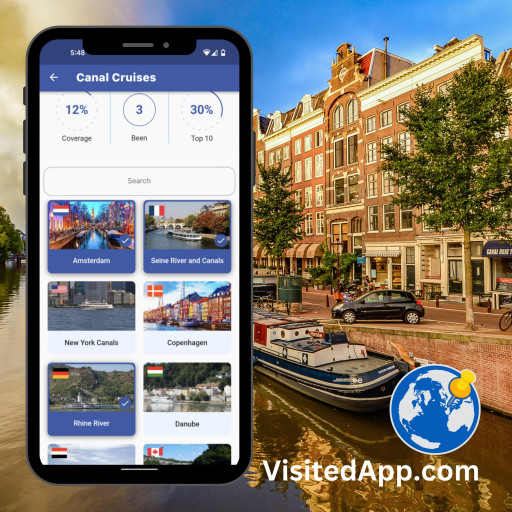 The travel app Visited by Arriving In High Heels Corporation has published a list of the top 10 most visited canal cruises around the world. While not surprising Amsterdam and Seine top the list, New York Canals come in third among all of the world's canal cruises.

Visited, available on iOS or Android, is a top travel app with over 1 million users. Visited allows users to scratch off places they've been, discover new destinations, see their travels on a map and get personalized stats from their travels.

These are the top 10 canal cruises according to Visited:

To learn more about the Visited app, visit https://visitedapp.com.

About Arriving In High Heels Corporation

Arriving In High Heels Corporation is a mobile app company with apps including Pay Off Debt, X-Walk, and Visited, their most popular app.

Original Source: New York Makes It to the Top 10 Most Visited Canal Cruises as per Visited App's International Users