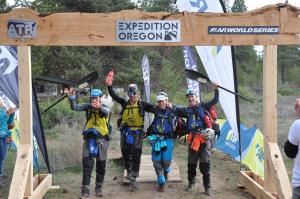 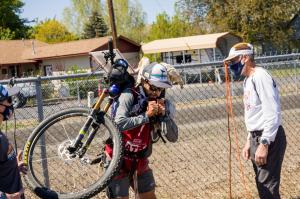 Born and raised in Sao Pulo, Brazil, Marco Amselem moved to California in 2010 to become a world-class adventure racer 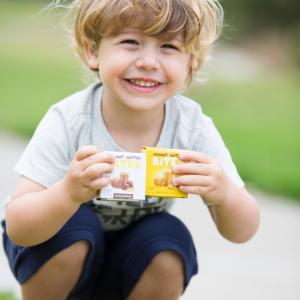 SAN DIEGO, CALIFORNIA, USA, May 20, 2022 /EINPresswire.com/ — One week after crossing the finish line as a champion in Expedition Oregon, Marco Amselem is back at work full time. But instead of being at the Pasokin office on Kenamar Dr., he’s working from his home in La Jolla, where he recovers from what he has defined as one of the most challenging adventure races ever. While he gives his body some rest and time to heal, Amselem catches up with work emails and clients’ orders and tries to grasp the perilous events he and his Vidaraid teammates went through during the five days and 57 minutes it took them to finish the competition.

Dubbed America’s Toughest Race, this year Expedition Oregon (May 7 to 15) took 20 teams to the small city of Bend to battle over 300 miles of territory in the rugged Oregon wilderness. The 2022 edition was the third race in this year’s Adventure Racing World Series. As promised by the organizers, it delivered a course like no other that included whitewater paddling, rock climbing, rappelling, cycling, and tricky orienteering, with 36,800 feet of climbing in some of the most stunning mountain views in the country. “Adventure race is about the unknown, and this time the unknown took over the entire race. We would never predict a snowstorm for most of the race, and we had to adapt constantly,” recounts Amselem, who also won the 2021 Expedition Oregon. “This was a very challenging race, a lot more technical than last year’s.”

Like a triathlon, adventure races involve various stages typically consisting of mountain biking, paddling, and trail running, often including technical disciplines like sailing, rappelling, and survival skills. But, unlike triathlon, racers must compete in teams of four and finish with all members together. They also choose their own path through the course using only a map and compass and rely on teamwork and navigation to cover all the checkpoints as fast as possible. “We made a few mistakes, but if you know the sport, you know that this is part of the game. We pushed so hard to open the trails through snow, making it easier for the other teams to progress at our cost, but that was the price we paid to lead this race,” he says. “We raced like we always do, with heart and soul and no regrets.”

Marco Amselem was first introduced to adventure racing in 2008 during college in Sao Paulo, Brazil. “A friend of mine told me they were missing one person to complete their team,” recalls Amselem. It was love at first sight. “I love to be challenged, and adventure racing is all about challenges”. In 2010, Amselem moved to San Diego, where he soon joined a professional team while undertaking an MBA at UCSD. Three years later, he was invited to join Vidaraid, currently the second-best adventure racing team in the world ranking.

He founded Pasokin in 2016, inspired by his favorite Brazilian snack. After many trials in his home kitchen, Amselem perfected the recipe for his PB Bites, a tasty plant-based bite-sized snack that combines key ingredients to refuel an active body like his. “Pasokin is a smart alternative to energy bars and is definitely good for athletes,” he says. “You get energy and carbs from sugar, electrolytes from salt and protein from peanuts.”

Pasokin PB Bites is available in three different flavors: Original, Cocoa Crunch and Cinnamon Oat (with a sugar-free version of the snack expected to launch this fall). The brand is committed to using only hi-oleic peanuts – with an oil profile similar to that of olive oil, seeds, and avocados – sourced from the best producers in the country. In addition, all the products, which also include a peanut butter topping called PB Crumbs and the new Peanut Powder, are vegan, gluten-free, non-GMO verified, and contain no artificial flavors or additives. Sold across the country at supermarkets, convenience stores, bike shops, gyms, coffee shops, and online at both Amazon and the company’s website, Pasokin is also available in Canada since 2021.