Psychological Thriller SCREWDRIVER to Have World Premiere on Closing Night of Dances With Films on June 19 at 6:30 p.m. 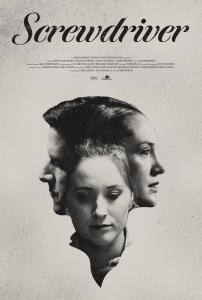 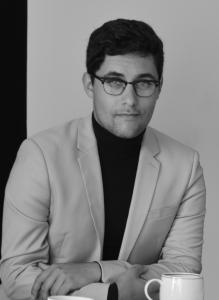 Screwdriver is a parable, a thriller, a comedy, and a reflection on the ways we build our lives in a world growing ever more fraught.”

Screwdriver is the story of thirty-three-year-old Emily (Hicks), who, blindsided by divorce, leaves her adopted Nebraska behind, returning to California with nothing but a suitcase in hand. She seeks refuge in the home of an old high school friend (Farrell) and his pharmacologist wife (Sanders). The childless couple welcomes Emily into their lives, but their hospitality soon gives way to a surreal plot of control and manipulation. As days bleed together, Emily falls into a delirious tailspin as she grapples with her faith, her sanity, and the intentions of her generous hosts.

“Screwdriver is a film about power and systems of control. It’s a meditation on trust, abuse of trust, and those who enable abusers. Expanding on themes from my previous work on the stage, the film examines the nature of control and comfort in an environment where walls are everywhere and support systems are slipping away. It’s a parable, a thriller, a comedy, and a reflection on the ways we build our lives in a world growing ever more fraught,” says Cairo Smith.

The film is produced by Rand Vossler and Christopher Corey Smith of No Sudden Movies, LLC, Michelle Shundo, and Askari Productions. Cairo Smith co-wrote the screenplay with Mia Vicino.

About Cairo Smith – Cairo Smith is a writer/producer/director from Los Angeles, California. Before the age of eighteen his works of short-fiction had already been published in the magazines Omni, Vice, Horizons, and Motherboard. While in high school, he wrote and directed the short comedy Undead Language, which took first place at the newly-formed Peninsula Film Festival in Southern California.

While at college, he was the editor and contributing writer for the Lane Community College newspaper, The Torch. In his spare time, he produced/wrote/directed award-winning content for the University of Oregon’s television channel, “Duck TV.” After the nearby Umpqua college shooting, he became a member of his college senate, and enthusiastically lobbied student issues, speaking at sessions of the Oregon State Assembly and in front of Governor Kate Brown. He is a produced playwright, and member of the Dramatists Guild of America. His first play, Nikeans, – about an on-campus active shooter – won the Kennedy Center College Theater award.

As a filmmaker, Smith’s ambitious short film, Planet California, premiered to a sold-out audience at the Anti-hero Genre Festival in Los Angeles, and went on to screen in competition at many other festivals worldwide. His docu-drama, The Peninsula, recouped its entire budget in distributor contracts during pre-production, and went on to screen at multiple festivals.

As a screenwriter, his first feature script, The Heart of Katava, won first place at the 2021 Fresh Voices action/adventure competition and his second screenplay, Lord of Space, is currently in development at Starburns Industries.

A product of layered ancestry and turbulent times, Smith is a passionate and dedicated filmmaker, who lets his varied background guide the unique perspectives in his work, drawing out the humanity in everything he touches from speculative fiction to intimate chamber dramas.