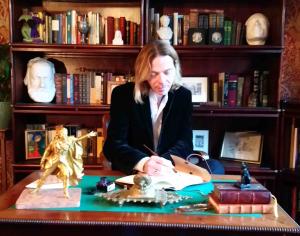 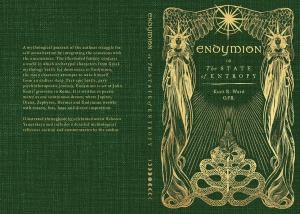 Social media users reawakening to the power of retelling Greek myths at the celebration of Shelley’s Bicentennial.

AMSTERDAM, THE NETHERLANDS, May 27, 2022 /EINPresswire.com/ — A new lyrical drama published by Kurt R Ward, Endymion or The State of Entropy, is a mythological portrait of the author’s struggle for self-actualization by integrating the conscious with the unconscious. The illustrated fantasy conjures a world in which archetypal characters from Greek mythology battle for dominance as Endymion, the main character attempts to wake himself from an endless sleep. The romantic poet Percy Shelley used many ancient gods in his poems before he died at the age of 29 on July 8, 1822. Today, there is a renewed interest in Hellenic-inspired literature with book searches on Tik-Tok reaching 1.2 billion.

Part-epic battle, part-psychotherapeutic journey, Endymion is set at John Keats’ gravesite in Rome. It is written in poetic meter as one continuous dream, where Jupiter, Diana, Zephyrus, Hermes, and Endymion wrestle with reason, fear, hope, and divine inspiration.

The poem is an example of what Swiss psychoanalyst Carl Jung described as “active imagination” where a writer uses a conscious method of experimentation by harnessing the creative imagination to bridge the gap with the unconscious mind with trance-like visions. Jungian techniques for self-care practices are continuing to rise all over social media. A recent search on TikTok for #shadowwork showed over 568 million views.

Ward says he experienced this process 30 years ago when he created the first draft of the poem at the age of 27. Thirty years later, the pandemic of 2020 resurfaced those same eternal questions about mortality and how well we really know ourselves. “The long hours of isolation had one benefit in that it created the space to revisit my visions and decipher the symbols of that experience to piece together the fragments for publication. Working on the poem during the lockdown helped me to keep my fears in perspective and come to terms with my own demons.”

Endymion or The State of Entropy is written in four acts and is lushly illustrated by the celebrated artist Rebecca Yanovskaya. The book also includes a detailed mythological reference section and commentaries by the author. A hardbound edition and eBook version will go on sale July 8, 2022, to coincide with Percy Shelley’s Bicentennial. The ISBN for the new book is 9789083219226.

Kurt Ward is a Senior Design Director at the health technology company Philips, where he supports strategic partnerships with public and private bodies to improve global healthcare systems. He has frequently been a featured speaker at global industry events and conferences. He has privately published numerous poems as well as a recording of his jazz compositions for solo piano. Born in the United States, he now resides in the Netherlands.