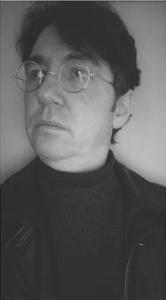 A Victorian Gothic Novel for the Covid Generation 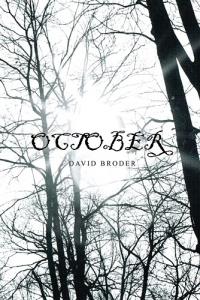 The novel challenges the reader to rethink the seemingly immutable values we’ve been taught by our parents, our teachers, our government, and our clergy.

I wrote the book with the idea of shaking up the way people think about life. I wanted to write a story that would be disturbing.”

MIDDLEFIELD, CONNECTICUT, UNITED STATES, April 13, 2022 /EINPresswire.com/ — Exactly when did 21-year-old Derek, the protagonist of the bold new novel OCTOBER (RoseDog Books 2022), decide to listen to the malevolent voice in his mind and leap off the cliff to the jagged stones below?

Was it as he dialed the sunset into focus through the lens of his 1967 Nikon F camera while perched over the rocks of the Easton Reservoir? Was it as he relived the disappointments of his life: his parents’ divorce, the stoic, emotionless existence forced upon him by his mother, the separation from his only friend, the failed seduction by his friend’s younger sister? Or did he simply decide that life was a party to which he was invited but no longer wished to attend?

OCTOBER is Wuthering Heights meets Catcher in the Rye; a dark tragedy written in a contemporary Victorian Gothic style. The novel challenges the reader to rethink the seemingly immutable values we’ve been taught by our parents, our teachers, our government, and our clergy. Is Derek a nihilist because he’s depressed, or is he depressed because he’s a nihilist? What does he know about life that we don’t? And what can his journey teach us about the grim state of mind in which so many find themselves in today’s world?

An ominous panacea for anyone who feels their expectations of life have been set too high, OCTOBER is a solemn revelation for the rest of us. It’s a book that will keep the reader pondering their existence long after Derek’s wounds become scars, and the calendar turns to the next bitter month.

DAVID BRODER is an author, musician and product of middle-class America. He has no religious affiliation, and wishes that no one else did either. An avid car buff, Broder owns three used Jaguars, which means he’s also a masochist. He lives with two sons, seven guitars, and a number of snakes, birds, and exotic fish. Broder was once bitten by a cobra, and on another occasion, accidentally shot himself in the leg. He enjoys listening to the music of The Smiths and The Cure, and wearing paisley shirts.