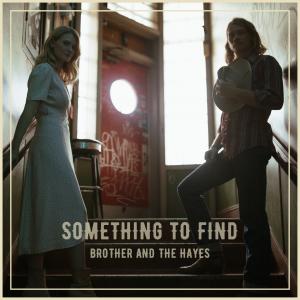 Brother and The Hayes Has ‘Something to Find’

UNITED STATES, June 3, 2022 /EINPresswire.com/ — Americana band Brother and The Hayes is here with new music! They are gearing up for the release of their brand new song ‘Something to Find.’ This song is their newest release leading up to the release of their EP, ‘Another Strange Time’, which was recorded in Nashville at Aviles Sound. The six song record was produced by David Bingaman and Jennie Hayes Kurtz along with Diana Walsh who also mixed the project. The first single, ‘Something To Find’, is available today, June 3rd, and the full EP will be released June 24th. They are a brilliant blend of songwriting, vocals, and instrumentation, all culminating in music that connects with audiences all over.

Brother and The Hayes is a Tennessee based, Texas born, Americana-roots band led by siblings Jennie Hayes Kurtz and David Bingaman. They combine thoughtful lyrics with infectious grooves, pulling from an assortment of blues, bluegrass, and country & western influences including J.J. Cale, Willie Nelson, Bonnie Raitt, and Doc Watson.

Growing up in Texas, Jennie Hayes sang in the choir while David taught himself to play guitar by listening to blues musicians like Stevie Ray Vaughan and Lightin’ Hopkins. They both became interested in folk music and songwriting in college and began to collaborate. The siblings found that their love for the blues, country music, and bluegrass was the perfect vehicle for their playful, honest, and story-driven songwriting.

“IT’S A TEXAS-INFLUENCED BURRITO, STUFFED WITH GOODNESS AS ORGANIC AS THE PLACE IT COMES FROM.”
– Joe Rapolla ~ LocklandSpringsteen

Brother and The Hayes’ new song is available now, to be followed by their EP, everywhere music is found. They will also be playing shows around the country throughout the summer so audiences can experience their music and talent in person. Be sure to follow them on their socials, and keep up with show dates, new music, and all other projects through their website.