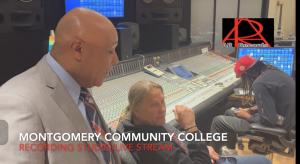 DR. ALEXANDER NICOLAS KNOWN AS “DR. SUAVE1” IN THE MUSIC WORLD TO RECORD HIS NEW ALBUM TITLE “ I AM A CHAMPION” 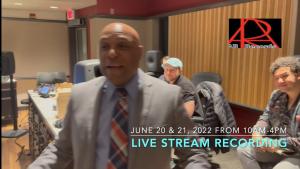 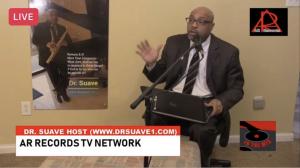 RECORDING ARTIST DR. ALEXANDER NICOLAS KNOWN AS “DR. SUAVE1” IN THE MUSIC WORLD TO RECORD HIS NEW ALBUM TITLE “ I AM A CHAMPION”

LANGHORNE, PA, UNITED STATES, May 18, 2022 /EINPresswire.com/ — RECORDING ARTIST DR. ALEXANDER NICOLAS KNOWN AS “DR. SUAVE1” IN THE MUSIC WORLD TO RECORD HIS NEW ALBUM TITLE “ I AM A CHAMPION”

Debut album of Dr. Suave1 ( “I AM A CHAMPION ” will be recorded in a mainstream recording studio facility at Montgomery Community College in PA. Composer, Pastor, saxophonist, and producer Dr. Alexander Nicolas helps bring out a different Gospel and Jazz instrumental vibe. His new production “I AM A CHAMPION” vocal album introduces a new group of songs and instrumental music in which the artist composes due to an encounter or experience live throughout his professional career as an educator. In addition, Dr. Suave 1, will be introducing some new instrumental music. This will be a unique production which will be supported by the collaboration of the Montgomery Community College sound engineers under the direction of veteran engineer Dave Ivory and several college students. Dr. Suave and his band will be recording his new production which will be officially released in the summer of 2022. All songs to be recorded are written, composed, and produced by Dr. Alexander Nicolas known as “Dr. Suave1” in the music world.

The new musical production will be recorded on June 20 & 21 in the recording studios or facilities of Montgomery Community College. The event will be live streamed on the college website or network as well as AR RECORDS TV NETWORK (www.arrecordstvnetwork.com). The live Zoom stream will be available for special invites. The public will have access to AR RECORDS TV NETWORK (www.arrecordstvnetwork.com) on all the social media outlets.

Dr. Alexander Nicolas known as “Dr. Suave” in the music world and has been a member of the Recording Academy for twenty years and is currently part of the Philadelphia Chapter ( The artist “Dr. Suave 1” has 13 musical productions in which 9 of his productions are instrumental and 3 of his productions are a combination of English and Spanish signing productions. The new production, “I AM A CHAMPION” will follow his 2019 production or CD “LET’S GO,” ( which featured or will introduced a prominent or conspicuous singer Yasmine Nicolas in vocals. In 2016 Dr. Suave made a musical return by releasing the 8th instrumental CD “The Return” which was part of the Grammy entry list in 2016. On December 5, 2019, he released his ninth CD “Merry Christmas II” (2019 Jingle Bell Video Link). The musical production the “Return” ( Dr. Suave1 on Itunes (

Dr. Suave 1 makes special invite to participate in Zoom stream recording of his new cd “I AM A CHAMPION”