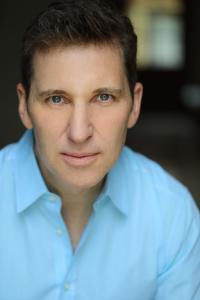 LOS ANGELES, CA, UNITED STATES, June 21, 2022 /EINPresswire.com/ — June is Aphasia Awareness Month, an ideal time to shed some light on this little-known condition, which has been in the news lately due to Bruce Willis.

The family of actor Bruce Willis recently announced that he would be stepping away from acting following an aphasia diagnosis. While Willis and his family are to be applauded for bringing aphasia into the light—it’s the first time many had heard of it—most people are still unclear about what aphasia is, its effects, and the best ways of dealing with it.

Aphasia is an impairment of language caused by damage to the areas of the brain responsible for expression and comprehension. It causes difficulty producing or understanding words and language and may include problems with reading and writing. Usually, aphasia does not affect a person’s intellectual faculties but can make them unable to communicate their thoughts. Aphasia is not well known or understood, and some researchers classify it as an “invisible disability.”

According to the National Aphasia Association, “Aphasia can be so severe as to make communication with the patient almost impossible, or it can be very mild. It may affect mainly a single aspect of language use, such as the ability to retrieve the names of objects, the ability to put words together into sentences, or the ability to read. More commonly, however, multiple aspects of communication are impaired, while some channels remain accessible for a limited exchange of information.”

Aphasia often results from damage to certain areas on the left side of the brain where language is produced. It typically occurs suddenly after a stroke or a traumatic brain injury, which is exactly what happened to Ted Baxter, as he details in his heartfelt memoir, Relentless: How a Massive Stroke Changed My Life for the Better.

Explains Baxter, “There are different types of aphasia. Among the most common types are Wernicke’s aphasia, Broca’s aphasia, global aphasia, and primary progressive aphasia (PPA).” While Bruce Willis’ family has not disclosed the cause of his aphasia, according to the Mayo Clinic, the condition can also gradually occur “from a slow-growing brain tumor or a disease that causes progressive, permanent damage.”

Regardless of the type of aphasia, there is really no cure for it once someone develops it, but treatments can significantly enhance patients’ ability to communicate and live their lives to the fullest. First, having a positive mindset and hope are key to this equation. Among the key components to rehab and recovery are things like having a solid support system, applying the concept of neuroplasticity, and having solid Speech-Language Pathologists (SLP) in your court. They can help people maintain the language skills they still possess and relearn language and grammar. Says Baxter, “In my experience, the road to recovery is long and arduous, but as long as one has the drive and resiliency, it’s definitely possible to improve.”

Ted W. Baxter was born and grew up on Long Island in New York. He received his bachelor of business administration degree in three years at Hofstra University in 1984 where he majored in public accountancy. He took a job working for Price Waterhouse as an auditor and he passed all four parts of the CPA exam on the first shot. He then became a management consultant soon thereafter, focusing on financial industry clients. While he was working as a senior manager, he attended the Executive Masters Business Administration program at Wharton on the weekends, where he got his MBA, concentrating on finance and strategy.

Ted built a financial services consulting practice in Tokyo for Price Waterhouse and rose to partner in record time. For the next six years (1995–2001), he lived in Tokyo and Hong Kong, traveling almost constantly between ten Asia-Pacific countries, first for Price Waterhouse and then as a Credit Suisse First Boston managing director. He left Credit Suisse First Boston, eventually landing the global finance post as a managing director at a premiere hedge fund and investment institution, Citadel Investment Group, based in Chicago.

Ted experienced a massive ischemic stroke in April 2005. Ted is now an advocate, ambassador, author, and speaker for stroke education and prevention, and tools and techniques for aphasia. Ted is the Founder of Speech Recovery Pathways ( formed November 2020, a nonprofit speech organization, which provides ongoing communication practice to its members, build confidence and gets survivors connected. He is also involved at the University of California at Irvine Health and St. Judes’ Hospital in Fullerton.

Ted lives in Orange County, California, with his wife, Michelle, and their dog, Zorro.