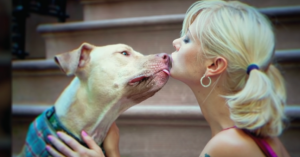 ‘THE GRIEF WARRIOR’ ASSISTS ‘BAD VEGAN’ IN REINVENTING HER BRAND 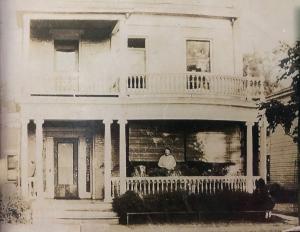 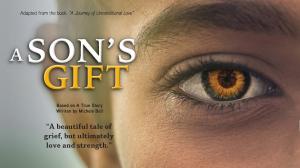 I’ve found beauty in pain and want to help you do the same.”

Melngailis is an American chef and businesswoman who is passionate about fine dining and vegan cuisine. “Bad Vegan” explores and exposes the financial scandals she committed alongside her then-husband, conman Anthony Strangis.

What began as budgetary conflicts and a lack of transparency with the employees of Pure Food and Wine took a turn. After attempting to cheat people out of money through fraudulent crowdfunding campaigns and plagiarized blogs about veganism, Melngailis went a step further. She illegally transferred money from the restaurant into her and her husband’s personal accounts so that Strangis, who at the time went by the name of Shane Fox, could pay a deity to grant them immortality. Melngailis was arrested and charged with fraud in 2016 and convicted a year later.

Now trying to rebuild her life and restore her brand, Melngailis hopes to launch a new restaurant. Cynthia’s family owns the storied Enslin house, a historic landmark in the Hudson Valley. The property is a former supper club that once operated as an exclusive private club run by Cynthia’s grandfather who entertained an assortment of legendary New York personalities. The home also comes with a reputation for supernatural activity and decades of ghost stories.

Previously listed at $444,444, Cynthia is putting the house back on the market and offering Melngailis a free six-month rental of the property. In Cynthia’s words, the favor provides an opportunity for Melngailis to become a “good vegan.” Cynthia shares, “There’s something magical about her energy”. Followers of both women are waiting to see if Melngailis can regain her footing within the industry and recommit to her passion for hospitality and the culinary arts — free from illegal activity or entanglements with con artists.

Melngailis is a chef, businesswoman, and restaurateur who worked in private equity investment before enrolling in New York’s French Culinary Institute and graduating in 1999. She is the one-time owner and co-founder of the vegan restaurant’s Pure Food and Wine and One Lucky Duck.

Award-Winning writer, transformational life coach, and creator of The 7 Stages of Grief Alignment, Michele Cynthia aka The Grief Warrior offers an expansive lens on humanity, helping young adults navigate the raw reality of recovery and life after loss. By bringing stories to life her adaptation, A Son’s Gift screenplay is currently in motion.