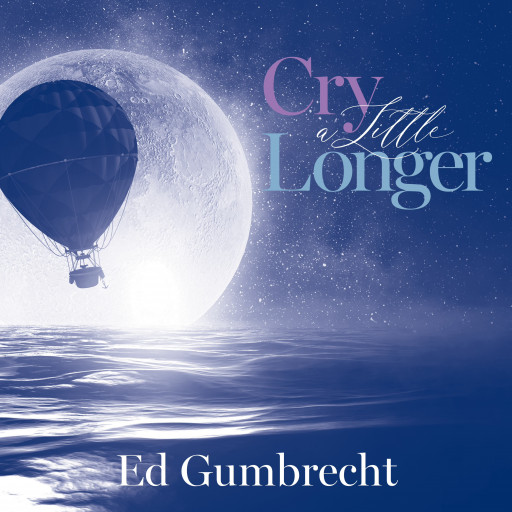 When Cry A Little Longer, a new single, drops on all streaming services on Dec. 19, 2022, the up-tempo production of wry folk/rock/Americana will be the 12th track released this year by prolific emerging artist, Ed Gumbrecht.

"Cry" is a new tune with an old soul in the tradition of classic singer-songwriting. It uniquely suits the moment with lyrics that poke at sad songs. Its punchy chorus evokes sing-along participation. Contrary to its title, it is more likely to induce smiles than waterworks. Gumbrecht makes sport of doomsaying. His bright melody carries quicksilver lyrics to an honest conclusion. There's catharsis in the observation that despite all the "trouble", it turns out we can "take the heat."

Since the February release of his debut album, Colorshow, Gumbrecht's music has been attracting a growing following with listeners in the U.S. and internationally. His songs have been featured on popular playlists including Spotify's Blues & Whiskey, Vibes, Country Road Trip, Indie Rock Music, Road Trip Folk Americana, Coffee & Country, and Songs that Taste Like Nature. His song One and Only, sung by artist Claire Marie, was a 2022 Hot Slice feature on NYC's WFUV radio. Gumbrecht is a native New Yorker who writes in Washington D.C. and records in New England.

Cry a Little Longer, the single, was produced at Dirt Floor Recording Studios in Haddam, CT, by industry veteran, Eric Michael Lichter. It will also be featured on the upcoming album, Enter the Muses. With nine original songs, Gumbrecht's new album will be out in January 2023.

Original Source: Upbeat New Release Bids Goodbye to 2022 With a Wink and a Tear