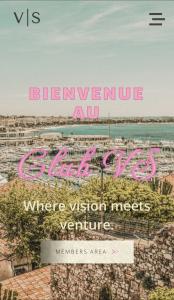 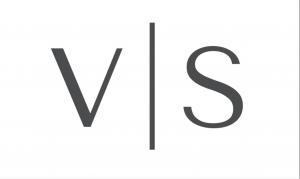 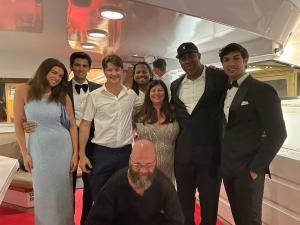 VS Club’s vision to be a catalyst for creative excellence where collaboration was at the heart of every conversation. value in a way that truly embodies the ethos of web3.0”

NEW YORK, UNITED STATES, May 26, 2022 /EINPresswire.com/ — VIEWPARK x SOUNDPARK, the New York based global media company, announced the launch of its private members club, VS, at the Cannes Film Festival. VS is a members only collective of trail blazers, leaders and visionaries united by virtue, impact and collaboration.

The VS launch was held on a 100 foot yacht called The Spice of Life moored at the prestigious Cannes harbor, right next to the Palais du Festival. Over two hundred guests attended the invite-only launch which was the “talk of the town”. Guests streamed onto the boat over a four-hour period which was alive with the music of SOUNDPARK’s artist Greg Banks and the internationally acclaimed DJ Kamau. The VS team flew in NY Chef Michael Sherman to cater the event and the team chose the ‘French 75’ cocktail in celebration of the 75th anniversary of the Cannes Film Festival.

The VS Club is the vision-quest of VIEWPARK and SOUNDPARK’s Krysanne Katsoolis and Joseph Clarke who want to provide the opportunity for creatives around the world to mix with both investors and the web3 community in curated experiential locations.

VS Club membership is via an NFT and potential members can go to WWW.VSCLUB.IO to apply and join the waitlist.

“When you bring the world’s best creative minds together magic happens. We want to provide more opportunities for collaboration, inspiration, and venture, and have fun while doing business all at the same time” says VS co-founder Krysanne Katsoolis. “We both love to travel and to be inspired by connecting with our networks around the world and we wanted our friends and peers to experience this”.

“There is no substitute to bringing people together to create more meaningful long-term partnerships especially with people with similar core values and ethos. We launched VS to create the culture to manifest dreams and VS will also act as a launch pad for amazing projects”, says VS co-founder Joseph Clarke.

VS’s Strategic Advisor, Vivienne O’Hanlon, comments, “VS Club’s vision to be a catalyst for creative excellence was tangible onboard the Spice of Life, where collaboration was at the heart of every conversation. The global curation of experiences that members can look forward to aim to not only nurture curiosity and foster meaningful connections but facilitate shared value in a way that truly embodies the ethos of web3.0”.

The team have already lined up VS Club events in Rome, Cairo, Dubai, India, and Iceland over the next year.

ABOUT VS
VS is a members only collective of trail blazers, leaders and visionaries united by virtue, impact and collaboration.

ABOUT VIEWPARK GROUP
VIEWPARK GROUP is a media and technology investment company for a Web3 world. Its founder and CEO, Krysanne Katsoolis has led media ventures for more than 30 years curating and distributing content across all verticals. Katsoolis’ experience includes building both private and public companies including spearheading a reverse merger onto NASDAQ.

ABOUT SOUNDPARK
SOUNDPARK is a VIEWPARK company which represents and produces soundtracks, theatrical scoring, music artists and events in the universe and for the metaverse. SOUNDPARK is headed by 90’s Hip-Hop artist Joseph “Capital L.S” Clarke formerly of the group Rumpletilskinz signed to RCA records in 1993.